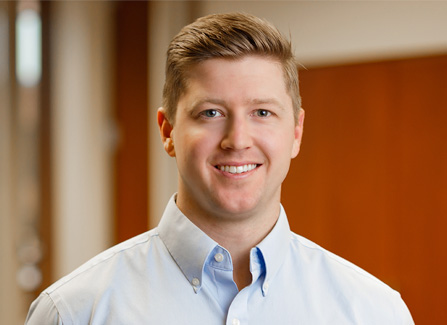 David is a Vice President of Eagle Private Capital. Prior to 2021, he was an Assistant Vice President at Parkside Financial Bank & Trust in St. Louis where he started his career in 2013. During his time at Parkside, David was principally involved in commercial and industrial lending, primarily focused on mergers and acquisitions in the lower middle market. He ultimately oversaw a commercial loan portfolio of approximately $65 million in commitments.

David was born and raised in Jupiter, Florida and holds an undergraduate degree in Molecular Biology from William Jewell College and an MBA from St. Louis University.